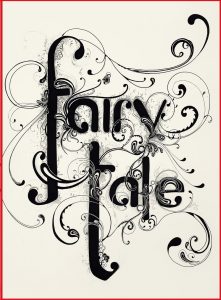 Once upon a time there was a little girl called Ella who was running in her garden; a very big garden with many trees, flowers and animals!
It was a very sunny day and Ella was wandering in her mind while she was trying to catch some butterflies; she was thinking about how to convince her Dad, the King of Kamon, he could trust her, even if she was only ten!
Yes, I forgot to tell you that Ella was the Princess of Kamon.
Suddenly she stopped running because she saw an old man, with a big coned black hat and a long black tunic, who was looking for something in the grass.
“Trovarius magicum!….Trovarius magicum!!…….Where are you pencil?” he was whispering, and went away disappointed gaving a kick to an innocent cat.
Ella thought he wasn’t a good person.
When the man disappeared Ella ran to see if the little cat was ok and found the animal playing with something glowing: it seemed a piece of wood.
She grabbed the cat and the wooden stick and without being seen by the guards she entered in her room.
Looking carefully, it wasn’t a stick but an old pencil with a rubber on the other side.
She started to draw a butterfly…..and after some minutes the drawing got alive and the beautiful creature started fluttering in the room.
Ella was astonished!
She thought as if she was dreaming, but the butterfly was true and flew away from the window.
Ella tried to draw other things: objects, food, animals….and everything became real just in front of her eyes…she also discovered that she could erase what she drew so that nobody would have used the pencil for bad reasons.
After one week the black man, a bad Wizard, came back to the castle of the Princess, because he had seen in a magic mirror that Ella had the magic pencil.
“Ah ah ah!! I’ve found you, little girl!! Now give me the pencil!” ordered the Wizard pointing a magic wand against her.
“No!” she shouted, and quickly drew a door to hide in, but the man was too powerful and entered following her.
The fight was terrible and every time she drew something dangerous for the Wizard, the man broke the magic with his black wand; at the end the Wizard sent a huge spell and the pencil broke in two parts.
The man grabbed the pencil and Ella grabbed the rubber.
The Wizard drew on the floor a big black dragon who started flying in the air spitting fire from his mouth.
Ella was terrified but didn’t discouraged: she jumped on the dragon and started erasing the creature from the neck to the tale.
“Ella! What is this noise? What are you doing?” screamed her father, the King, entering in the room.
The Wizard, distracted by the King, lose his wand and immediately Ella had an idea: “Maybe also the magic wand had been designed by this pencil!”.
So she erased the wand with the magic rubber and stole the pencil to the Wizard.
The bad man couldn’t believe that the little girl could have been so clever and ran away crying “My wand!…My wand!….”.
After this brave behavior her Dad congratulated with his daughter and from that day he trusted Ella, the Princess of Kamon, forever.