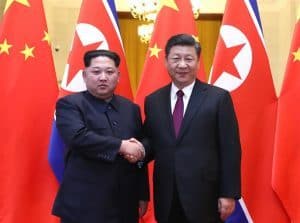 by Benedetta and Ludovica

Rumours of a visit began because a figure was arriving in China with a train which was also used by Mr Kim’s father to visit different countries. This event is seen as a big step in North Korea’s preparations for Kim Jong-Un meeting Donald Trump, since there have been as many discussions between Korea’s leader as the ones between  Donald Trump and and Kim Jong-Un, so this could be the start of a possible reconciliation.

Mr Kim assured Mr Xi that he is committed to denuclearisation. Chinese media also reported that President Xi has accepted an invitation for the return visit. The Chinese government confirmed on Wednesday that North Korea’s reclusive leader Kim Jong Un wasin  Beijing and met with Chinese President Xi Jinping. It is Jong-Un’s first known trip to a foreign country 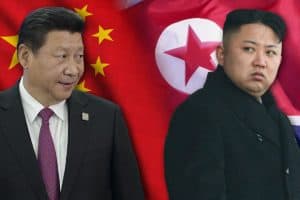 North Korean leader Kim Jong Un, right, and Chinese President Xi Jinping, left.since he rose to power in 2011. The White House says that the secret visit is a great success for the ‘campaign of maximum pressure’.  Kim announced, that ‘if South Korea and the United States respond with good will, the issue of denuclearisation can reach a resolution’.

A trip to the land of the talking trees, Museo della Creatività