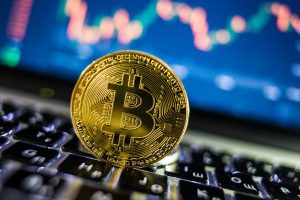 The people in charge of the ECB have decided to stop the production of the €500 banknotes. The production was cancelled this year. We can understand this from when the central bank says, talking about the concerns that this banknote could facilitate illegal activities: “The 500 euro banknote will always keep its value and can be exchanged with the central banks of the Eurosystem for an unlimited period of time”. The note will still be used as a means of payment without time limits. 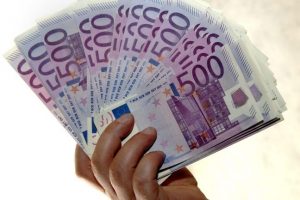 In recent times, a virtual coin also known as “Bitcoin”, is an alternative to the traditional  legal tender issued by a monetary authority.

This is a completely digital and anonymous coin that is based on the idea of ​​electronic money created in 2009 by Satoshi Nakamoto with the purpose of encrypting money transfers that in this way are devoid of any reference to central authorities.

The circulation of bitcoins uses a network of peer to peer subjects and, to be untraceable, it is not subject to any specific regulatory discipline of the central Authority that governs its stabilization in circulation. Likewise, those who use Bitcoin can avoid checks, inflation and taxes, commissions, data records and similar.

But how does it work and how can we get it?

They are currencies and digital money created, stored and used on electronic devices such as smartphones, in which they are stored in “digital wallets” and are therefore freely accessible and transferable by the owner, possessing the necessary credentials at any time.

Usually every Bitcoin, you get with rewards through bonus programmes on certain sites or apps, which reward the actions performed by the user how to make reviews, try new software, look at advertising and many other initiatives that as time passes always go, spread to reward those who actively participate in the network.

It is an invisible coin, transparent to the authorities and to finance, allowing non-traceable and completely anonymous payments. Often anonymous subjects, for example, make payments for weapons or drugs, or other illicit operations such as money laundering or sending funds to terrorists.

So, are they legal?

Who often uses bitcoins, favours the pros, such as the ability to easily transfer money, even from one continent to another, without enduring slowdown due to economic issues.

On the other hand, there is no control over these operations. In addition to the actual scams and the risks of trading companies that manage the currency to fade away by losing all that is earned, there is a high risk of nurturing illegal marketing.