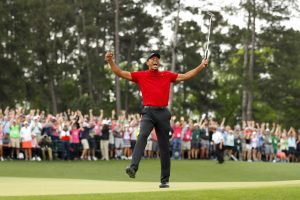 Tiger Woods achieved many things during his golf career. He had a talent for golf from an early age. He knew how to swing a golf club when he was only 1 and played tournaments at the age of 5, usually as the youngest player. He started playing professionally when he was 21 years old. Tiger also became the first golfer ever to hold all four Major championships at the same time. When he also won the British Open in 2000 he became the youngest to complete the Grand Slam career of a professional major championships at only 25 years old. One of the crowning moments of his career was when he won his first Masters at only 21 years old on his first attempt.

Tiger Woods also had a bit of a downfall. It started in November 2009, when Woods crashed his car hitting a kerb  and a fire hydrant, and his back window smashed by golf clubs. After that, the National Enquirer ran a report saying that Tiger Woods had cheated on his wife. Reports were then released saying that he had slept with upwards of 120 women. In the end he got a divorce which went public and saw him publicly humiliated. It didn’t end there. On the morning of May 29th 2017 he was arrested for driving under the influence. A police report claimed that Woods was asleep at the wheel. He apologized many times but these things were not forgotten.

All of this did not stop him … Tiger Woods came back from it all. He came to Augusta with his head held high and took that fifth Masters title even though not much of his dignity was left.

He started his comeback by winning the tour championship against the best players in the world, everybody knew he could win again at the end of 2018. Everybody was looking forward to the first major championship of 2019 to see how Woods would perform at the Masters. With six holes to play in the final round, Woods was one shot off the leader Francesco Molinari. Two of the leaders with Woods hit their tee-shots into the water on the par 3 12th hole. Woods then had the opportunity to win the tournament. He reached the 18th hole with a two-shot lead. He hit his tee shot to the right and his second shot short and right of the green. His third shot finished on the green and needed only two putts to win the tournament, but he needed only one.

Golf fan Guy Lam said, “Given what Tiger Woods had been through and his age, this was the greatest comeback in golf or – for that matter – in any sport”.

So, it looks like Tiger Woods came back better than ever. 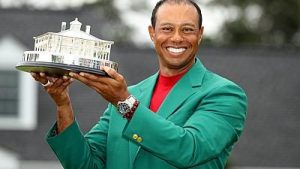