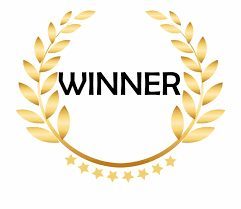 After a weather suspension, AHI’s Sports Days finally took place at the end of the academic year.  After a very tough year, the children were very eager to take part in the various games which were in store for them.  Children form Year 1 all the way up to Year 9 battled it out to see who would win this year’s events.

The Middle School event was tense yet amicable.  Students played by the rules and embraced the event.  The overall winner was the Wordsworth house.  Congratulations to the winners but we cannot forget our Da Vinci and Einstein students.  Well done to all of you and good luck to those who are starting High School!

Year 5 and 6 students battled it out in some ferocious dodgeball and handball games, which were played under some scorching heat.  The children also took part in a static long jump event, in which we saw potential future IAAF athletes!  The overall winner was Miss Anna’s yellow team.  Well done yellow team and to everybody who took part.

Year 3 & 4 students also took part in some very well played games.  Dodgeball, tails and get the hoop were the three games in which students took part in.  After a very close relay race, the overall winner was Miss Emma’s red team.  Well done to Miss Emma’s team and to the other five teams who took part.  it was a great event.

Finally our young Year 2 and Year 1 students finally got to have a go and boy did they enjoy it!  After taking part in some throwing, strategic and agility games, the children took part in a relay race in which they had to jump, run and roll.  They thoroughly enjoyed themsleves regardless of the heat.  They were cheered on by many people, which made them feel at ease.  It was a joy to watch.  The overall victors were Miss Natalie’s red team.  Congratulations to them and to the other little ones.

Everyone really enjoyed themselves and were already talking about next year’s event.  Bring it on!!  See you in 2020!