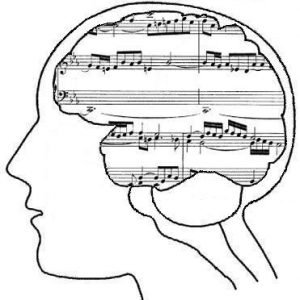 Aristotle taught “When we hear (music and poetry) our very soul is altered.” From Hippocrates to Native American medicine, people have long used singing and playing instruments to cure.

A 2016 study at the University of Southern California’s Brain and Creativity Institute’ found that musical experiences in childhood can actually speed up brain development, particularly in the areas of learning a language and reading skills. According to the National Association of Music Merchants Foundation, learning to play an instrument can improve mathematical learning and even increase examination results.

But achieving good academic results isn’t the only benefit of music education and being exposed to it. Music ignites all areas of child development and skills for school; including intellectual skills, social-emotional, motor, language, and overall literacy. It helps the body and mind work together.

Nowadays, scholars and doctors have been researching the mysterious power of music and what effect it has on human beings. Doctors have found that babies express their preference for the same kind of music they heard while in their mother’s womb.

Many studies have shown that by exposing toddlers and babies in the womb to music, it helps them build bridges used to process thoughts and information whilst activating the brain’s waves, which creates a sense of calmness in the listener.

Exposing children to music during early development helps them learn the sounds and meanings of words. Dancing to music helps children build motor skills whilst allowing them to practice self-expression. For children and adults, music helps strengthen memory skills.

Other studies have indicated that being exposed to music at an early age has benefits on the development of perceptual skills, which affects language and literary abilities; spatial reasoning, which is related to skills used to do math; and fine motor skills.

Unlike the use of language, music activates every part of the brain, including the parts that control motivation and emotion. This makes it especially effective in creating bonds between individuals and in a group.

“Making music with others gives children a wonderful feeling of belonging to the group. Children who might have difficulty joining activities with others because they are shy, have limited English ability or special needs, can freely participate when it comes to music activity,” Vardin, Patricia. “The Importance of Music in Early Childhood.”

Music does not only stimulate all areas of our brain, in order to help us with practical, linguistic and social skills, but research has also shown that while there can be some initial challenges to integrating music into the classroom, there are many benefits that can be gained when music is appropriately used.

Because of this, having music played within the classroom reduces feelings of anxiety and stress. It helps children regulate their emotions, it improves concentration and on task behaviour and it enhances the way children can process language and speech.