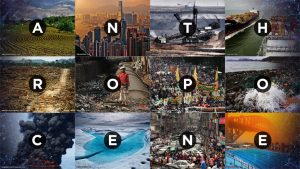 First seen as the definitive transition to modernity, plastic took the world by storm. It took the form of our cars, trains, hospital machinery, eased our packaging problem and helped us store food for longer. It was literally an all encompassing product that could be manipulated to take any form. Toys, household products, the body of the laptop I am typing on (and whichever device you are reading from). All made so much easier by the use of plastic. Designed to help ease the struggle of an overpopulated world, to make archaic time consuming tasks simple and efficient, to bring the human race forward into a realm where time is not wasted and every action of the busy life could be made easier, efficient and stress free. A world where we could relax and care less. A child’s birthday party? No Problem. 100 plastic plates and cutlery and 100 plastic cups equals 100% no washing up, no cleaning, no worries. Care-less. Use it. Throw it away.

The epidemic permeating across the world is snowballing at an alarming rate – microplastics are found in the bellies of fish, the digestive system of plankton (the very base of the food chain, right there) all the way to air molecules in the Himalayas. It is everywhere. As scientists believe we are moving into a new age, we struggle to control the damage already done to our planet by our latest tool derivative epoch – The Plastic Age.

It was innocent enough. And plastic mongers worldwide had good intentions. Ever since a French aristocrat watched as a waiter struggled to clean spilled wine off a tablecloth in a cafe in Paris (if only there was a material where the wine could be simply wiped off!) the motives were positive and based on solid, humble foundations. It was just meant to make things easier. And easier, it was. So easy, in fact, we started making plastic everything. Give any businessman in the world a way to cut an expense and maximise profits and they will bite your hand off everytime. It naturally fits the business model for any (profit based) organisation. Cut a cost + keep the same price = increase in profits. Simples. Plastic to the manufacturing world was like slicers to bakers – a game changer of the highest order. Not only could it be made into anything (cling film to car doors) it made a massive impact on packaging. Not only can it be wrapped around anything it guarantees absolute sterility, too. All of a sudden, products that were once given a short term shelf life could now be kept fresh for longer. (And yes, this is the reason for that horrific display in supermarkets where natural encased fruit is further encased in plastic wrap. Annoyingly idiotic as it seems, we would be the first to complain about a lack of fresh fruit in supermarkets, wouldn’t we? Just measure the distinct lack of a millenial’s patience when a website has the audacity to take longer than ten seconds to load.) Children’s toys became cheaper. Families could afford more. Businesses could lower prices, knowing profits would be maintained. The whole design of mass production was changed and has grown exponentially ever since.

Well, the honeymoon is over. You see, there is one tiny, microscopic flaw with plastic… it seems it is rather difficult to dispose of. And this problem is worryingly large now that we have been mass “disposing” plastic for over half a century. We still haven’t found a reasonable solution. Recycling? Out of all the plastic ever produced, a mere 7% has actually been recycled. The rest? Well, I’m glad you asked. The rest is shipped off to LEDCS (less economically developed countries). These countries do not have the institutions in place to provide for their own citizens, let alone dispose of difficult to dispose of waste. Herein lies the problem. The wealthier countries are literally selling the rubbish from products the poor can’t afford to the poor countries of the world. If that is how the more developed nations dispose of this proverbial stone in our shoe, how do we expect the less developed world to do it? Environmentally friendlier? Seriously? They do only what they can do, store it, burn it or dump it in the ocean. This has been going on for decades. How else can one explain the great garbage patch floating in the Pacific Ocean being THREE times the size of France? Three times. It takes two to three days for a truck travelling at 56MPH (90KPH) to drive the length of France. It would take a truck nearly a week to drive the length of the great garbage patch in the Pacific Ocean. Imagine the impact that has on ocean life. The ocean is a fundamental part of our water cycle. It literally feeds the clouds the water we need from rainfall. Yet, we are polluting it. Just think about that. We have polluted both systems that are fundamental to human survival – our water and our food. Microplastics are constantly found in the digestive systems of plankton, the very bottom of the food chain. This then affects every animal above it in the chain. All the way to the top. Us. And now our water has been infiltrated too. Not just our water, but the very cycle which gives us water. There is a point, scientists say, where the human impact on our planet will outweigh the effects natural processes of change have. We have just infected the water cycle and the food chain with man made plastic.

The Holocene is over.

Welcome, to the Anthropocene.

The Human Epoch has arrived and whether we like it or not, have stamped our footprint all over this planet. There are many angles to this investigation and the most common is Climate Change. Controversial as it is, it does need some examination. It can be too easy a scapegoat, though. High winds in the North of Scotland, blame climate change; erosion of coasts, blame climate change; teenagers skiving school on Fridays, blame climate change. Our climate has always changed. So why is our planet’s climate being blamed on humans? Yes, we are artificially heating our planet. 100% correct. We pump copious amounts of hazardous gasses into the atmosphere through burning fossil fuels. Our energy and agriculture industries have without doubt contributed to the greenhouse effect. Both 100% correct. Without greenhouse gasses, however (many of which are completely natural) the average temperature of planet earth would be at a whopping… -16 degrees celsius. Also, 100% correct. Without the greenhouse gasses in our stratosphere our beautiful blue planet would be a frozen ball. Life, as we know it, would not exist. 100% correct. Greta may have learned that had she stayed in school. However, the impact of artificially heating our planet for too long may, unequivocally, and directly affect the many complex ecological cycles that are essential to sustain life. Does this affect our climate? Whichever your opinion, without a doubt, it will have an impact on the way our strange, beautiful, complex planet operates. Like I said, welcome to the Anthropocene.

Let’s finish, however, on tackling the issue brought on by man made products of which we can affect, then. Plastic.

Imagine you filled up the sink to wash some dishes. You became distracted and left the tap running, causing the sink to overflow and flood your kitchen. When you return, what is the first thing you do? Do you gather everyone in the house and discuss ways in which you can direct the water through the house and outside into the garden? Do you try and re-use the water in some desperate attempt to justify the flooding of your kitchen? Do you freeze the water and tell the neighbourhood you purposefully created your own ice rink in the kitchen? Or, do you simply identify the source of the problem and turn the tap off? Clean up once the problem has been stopped. If this really is our Anthropocene then we need to be able to say “Hey! We are drowning here! Fancy turning off that tap?”.

Perhaps then, we can begin to see over the plastic filled garbage patch in our ocean toward the natural born elements of a brighter, welcoming (rubbish free) horizon. Only then will we be able to say that this Anthropocene of ours is concomitant with the goodness of this planet, that the impact we make can also be a positive one. A steadier footing is needed. Until then, it seems, the weight with which we stamp our human footprint is taking its toll on our, already well trampled, precious little planet.

Put simply: the plastic tap must be turned off.

Author Info
Stephen has taught history and geography at AHI Middle School for five years. He is passionate about his work and loves being part of the Acorn House team. A Masters in English and Philosophy, a HNC in Social Sciences, and an array of experience. A reader, a movie goer, and a lifelong Rangers fan.