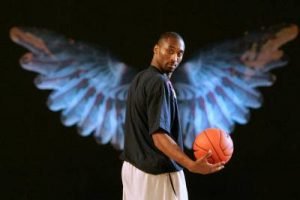 by Tommaso and Riccardo

Nine people were involved in a helicopter crash in Calabasas on January 26, 2020. Among these, the basketball legend Kobe Bryant and his daughter Gianna “Gigi” Maria-Onore died. They were going to one of little Gigi’s games, as a player of  the Mamba Academy (a high school created by Kobe Bryant on the day of his retirement from basketball). In addition to the two, in the helicopter, there was John Altobelli, baseball coach at Orange Coast College. Altobelli was on board with his daughter Alyssa, Gianna’s 13-year-old teammate, and his wife Keri, according to reports from the family of the same coach.

The night before had been a special one, after the NBA star LeBron James had recently beaten the well-known Michael Jeffrey Jordan, he then overtook Kobe Bryant in the ALL TIME leader scorer board  (33,655 points) right in his native city, Philadelphia, PA. “The Black Mamba” (Bryant’s nickname given to him by the fans) was there to congratulate James, after which, he immediately left for Los Angeles. The next morning, Kobe and Gigi took their fateful flight to the basketball game.

The debris covered almost one hectare of land and the accident caused a fire. A police spokesman said, “We immediately sent the rescue car, to look for any survivors, but all the people on board had died.” The cause is still uncertain; it is not yet clear whether it was due to a mechanical malfunction or visibility reduction caused by heavy fog.

People from all over the world have been shocked by this sad news, since it was broken by TMZ news in America.  Even people outside the world of basketball have been deeply moved. People began to go crazy on social networks praying that the news was not true.