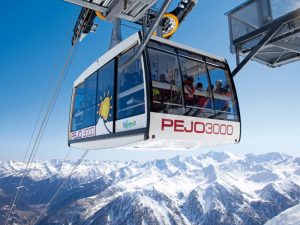 A big issue these days is plastic and our environment and  the fact we we need to apply serious changes to save our world. If we don’t apply changes our children won’t have the opportunity to see the world as we see it now. Fortunately, some places in our immense world are using renewable energy and even banning plastic. An example of this is Pejo 3000 .

Pejo 3000, a ski resort in Trentino, Italy, is using renewable resources to make this resort as sustainable as possible. Scientists found that the surface of the glacier contained 131 to 162 million plastic particles, a concentration similar to the amount found in European sea waters. The most likely reason for this is the plastic particles that come from tourist’s ski equipment and have been blown on the glacier by wind currents. This ski resort has banned all sorts of plastic including single use cups with paper replacements. They are one of the first ski resorts to adopt these measures. They are also using renewable energy produced by hydroelectric plants in the rivers nearby. They took these decisions, so that Pejo 3000 could be the most sustainable ski resort in the alps.

This is a good idea because if we don’t change the way of producing energy and using plastic, we will have serious problems in the future. An example is pollution. If we don’t stop polluting our environment, glaciers will melt and sea levels will rise. Also, no more skiing!

Plastic in the oceans