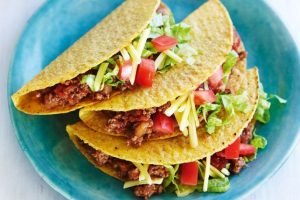 Mexico is a country in the southern part of North  America  and the third largest country in Latin America, after Brazil and Argentina. Its capital is Mexico city which is one of the most populous cities in Latin America. Mexico City is located in a valley that was inhabited by several indigenous groups. Also these tribes were related to the Toltecas, Indian people living in central Mexico.

Mexico has one of the most colourful and vibrant cultures in the world. It is unique and most likely one of the most fascinating cultures in the world. The most famous celebration in Mexico is “ El Dia De Los Muertos”. On the 1st and 2nd of November  family and friends gather to pray and remember the family member who has passed on. Although food plays a big part in Mexico’s culture, tacos are one of the most known and loved quick meals in Mexico. The first type of taco was “  taco de minero” which means miner’s tacos. infact, this word originally referred to pieces of paper that miners would wrap around gunpowder. Here you can find our very own recipe for Tacos!

By Diamante and Angelica

Scotland at the Euros!