The department of the Italian curriculum for the primary school represents a great linking bridge between infancy and adolescence. A comprehensive and challenging route that begins with learning reading and writing skills along with calculation and ends with the development of a complete and enriched individual. The motivation on the part of our teachers in carrying out interdisciplinary between the two curricula (Anglo-Saxon and Italian) makes the route of primary school even more exciting and rewarding. At the foundation of this trip lie the most innovative educational studies of our millennium: from Dewey’s pedagogical activism to cooperative group learning, from the inclusive education to the use of "inverted –class” technologies. The teaching objectives of the Italian curriculum, comply with ministry guidelines, and are enriched with educational insights derived from the Anglo-Saxon context of learning and multidisciplinary projects with the final aim of offering students with the pleasure of learning for themselves. 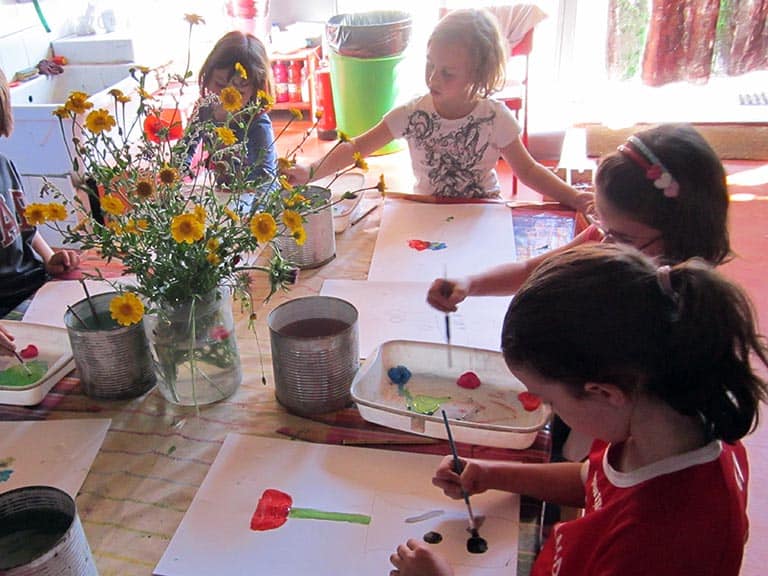 The student takes part in communicative/verbal exchanges (conversation, class or group discussion) with classmates and teachers respecting his/her turn and formulating clear and meaningful messages in the register most suited to the situation.

The student recognizes the significant elements of his/her past living environment.

The student is able to orient both in his/her surrounding space and on maps, using topological and cardinal references.

The student is able to confidently complete both written and mental calculations with whole numbers and knows how to identify when the use of a calculator represents an opportunity.

The student develops curiosity and interest, which in turn enable him/her to look at the world in an inspired way and lead him/her to seek explanations regarding what he/she sees happening.

Expand all
Collapse all